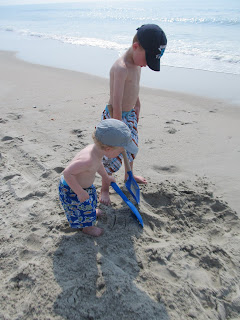 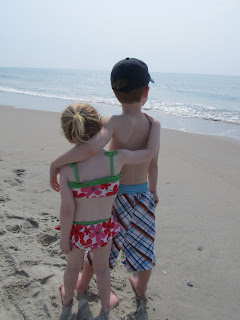 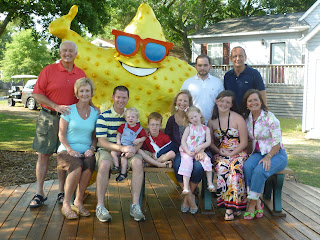 We just returned from a week long vacation to the beach. In Spartanburg (where I grew up) everybody knows that "the beach" means Myrtle Beach. Duh. But in Columbia when I say, "I'm going to the beach" people say, "Which beach?" Weird. I don't get it. Are there other beaches besides Myrtle? I'm unaware.
There were a ton of favorite parts of our week. And there was one worst part of our week. At 2:30am, Nathan and I heard a huge thud, ran downstairs, and found our 6-year-old on the ground crying in pain but also sound asleep. He had fallen off the top bunk bed onto the tiled floor. We went to Urgent Care first thing the next morning, sure he had broken something. But it was only a bone bruise near his shoulder, thankfully! The doctor encouraged Landon to wear a sling and Landon thought that was really cool. For about 15 minutes. Then he told the sling to hit the road. He's feeling loads better now although his arm is still very tender. 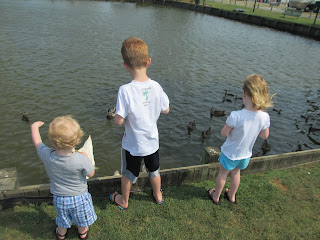 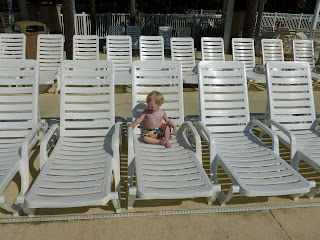